38 Life Lessons From My Husband

IN 2009, I WAS 18 YEARS OLD AND LEAVING THE PHILIPPINES for college. On the day I left, Jovi flew from Cebu to Manila to drop me off at the airport. It might not mean much, but I kept thinking of that as a pivotal moment in my life – it showed that somebody could love me, that I’m worth that much effort, so I must be good and worthy of better things. I was just a kid then going through rough times. Jovi taught me that I deserve – and should expect – nothing but transcendental love.

Today is Jovi’s 38th birthday. We have been together for over 8 years now (and married for four months!) Being the most influential person in my life, here are 38 lessons my love has taught me:

1. To not care about what other people think. Studies show that intelligent people are better at resisting peer pressure. Jovi is a walking marvel of a no-care attitude. I used to think that’s his personality, but now I understand it’s a side effect of being smart.

2. Think like you’re in the other person’s shoe. Not caring about other people’s opinions does not mean stop empathizing with them. In college, I was bickering about my golf coach, until Jovi patiently explained to me that her job depends on team performance or she’ll get fired. It’s hard for a kid to think that way, but Jovi taught me how.

3. Eat in moderation. I’m one of those wives who eat more than their husbands. Jovi eats one big meal a day while I eat like 5 times. Not only he is more resistant to peer pressure, he knows how to keep his appetite under control.

4. Exercise! Love running. In 2009, Jovi was weak and fat. He got into running and going to the gym and never looked back. Today, he runs 20K-40K a week. I still hate running and do HIIT’s on my own, but it inspires me to see my husband so belligerent about cardio.

5. Love dessert. Sugar is so bad. I give stink eyes to people who drink fruit juice. But, Jovi is a sweets person and it’s starting to rub off on me. Dessert reminds me to live a little.

6. Think critically (like a lawyer). Jovi describes himself as a “lawyer who sells golf clubs.” But he also draws competently and is a wildly smart person all-around. From negotiating salaries, to law consultations with friends, to family advice, he is the big brain behind almost all my decisions.

7. Be friends with everyone. Let’s just say that I don’t know anyone else who can go to 1-year old birthday party to another 90-year old’s party… in one day.

8. How to talk to people. And really listen to them.

9. Save money. My husband is that he is a natural saver. We never fight on that regard.

11. How to have utter control chipping in carabao grass. Forward the grip, square the clubface and minimize bounce.

12. Understand the importance of golf equipment. Jovi claims to be the go-to expert in golf equipment in the Philippines. He writes a monthly column about it on Inquirer Golf, owns a golf store, reads about clubs everyday and does club repair if necessary. When I was 15, he cherry-picked a replacement shaft for my 5-wood. It’s perfect and I still use it 9 years later.

16. That “Love is not pompous.” When super typhoon Yolanda hit the Philippines in 2013, Jovi quietly set out an auction to sell his comic art. The substantial proceeds went all to charity. He told me, “Giving must hurt. You must feel it.”

17. “Iwas gulo.” This phrase is a joke between us that means, ‘avoid fights.’ Jovi had got my patterns down – from what makes me mad (hunger), to what times I get hungry, and all other little things that instigate fights. He knows what those are by now and applies precaution. Smart man.

18. Separate work from life. Despite all of Jovi’s responsibilities, he does an excellent job with work-life balance. He does not bring work at home. He knows how to relax and to prioritize working out daily.

19. Love animals. We have two mini-pinchers, Tweetie and Jingle. Jovi plays with them every morning.

20. Cleanliness is next to Godliness.

22. Back up files and put passwords in everything.

23. Choose quality over quantity. Though my husband and I are both under-buyers, he has a better sense of when to spend. He has fairly expensive shoes that take years to break. If there are any medical expenses like my recent eye surgery, he held no bars. And our room is decorated with comic art encased in custom, glare-free frames. Sometimes, spending more means saving better in the long run.

24. But sometimes, it makes sense to go cheap. Our big wedding was pretty cheap – we focused on people, not fluff. Jovi insists there are things better cheap, like cutters and lunch.

23. Go to the doctor right away. It helps to have a friendly husband who has doctor friends one call away.

24. Be patient when explaining if the other person is obviously less intelligent than you. I have a short fuse with people who don’t get it. Meanwhile, my husband is patient when I’m the one who can’t understand – which happens more often.

25. Only give gifts that are useful or valuable.

27. Be sentimental about things. Jovi has a ‘Crystal’ folder than contains everything I gave him in the last 8 years. Heck, he still even uses his 20-year old pants!

28. How to park the Land Cruiser in tight spaces. After I bumped the car once, he patiently spent one afternoon in Amara teaching me parking skills.

29. Be up-to-date with gadgets. Aside from being golf equipment nerd, Jovi spends a lot of his time reading gadget reviews. 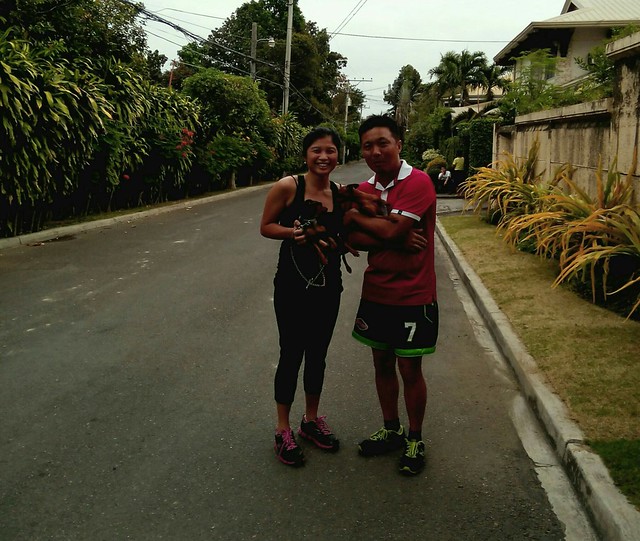 31. Don’t just say yes right away. In fact, say no. Gretchen Rubin calls people like Jovi ‘questioners.’ When you tell them anything, their first inclination is to ask why because they won’t do it if it’s not logical to them. As a wife, this is annoying. But this thinking has saved us in wedding planning and family holidays.

32. Use consistent verb tenses. I write for a living and my lawyer husband is my proof-reader.

33. Learn to draw. I went to art school, but I never learned how to draw. Jovi draws so well we think he might do it commercially when he’s older. Maybe drawing is something Jovi can teach to our future child instead.

34. How to hate things with passion. Being passive all the time is not good.

35. Share your food. I grew up in house where food must be guarded or it will be taken away. Jovi would rather starve than hog food. One day, he gave away all the calzones we bought to my niece. I cried a little bit inside, but it’s a stepping stone in becoming more generous.

36. Know the life story of all superheroes. Did I mention he’s also a comic book geek?

37. Know how to keep secrets. This is side effect of having a lawyer as a spouse.

38. How to love without being a floor mop. The tendency for couples with big age gaps like ours, is that one spouse overrules. In contrast, Jovi and are teammates. I tried to pull the strings once, asking for his belt. He goes, “Why can’t you just buy your own?” I love how my man knows how to stand up for what is fair; it also teaches me to be assertive on my own.

P.S. Hopefully this post and a Sour Cream Coffee Bundt cake are enough as birthday presents. 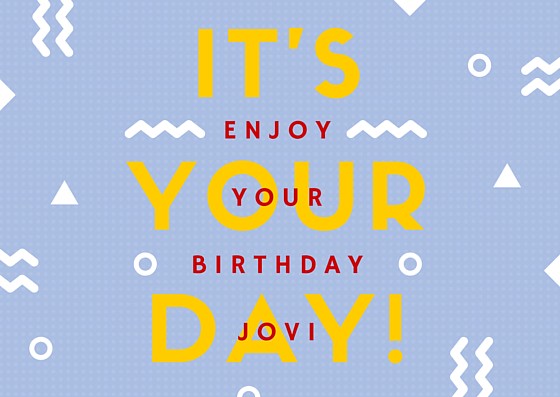