Can Someone Really Have It All?

We used to call her “mongol,” as she is curve-less and skinny as the pencil brand. Somewhere along the way, she learned to line her eyes, grew hair and hips, developed a taste in clothes and some high-caliber golfing skills.


My sister, Princess Mary Superal, just won the 2014 US Girl’s Junior Championship, the most prestigious golf girls’ event in the world. Out of a record 1,188 entries and 162 holes from a 6,718-yard long golf course, she came out the winner. No other home-grown Filipina has achieved this feat.

Last year, she won two gold medals for the Philippines in the SEA Games, a premier golf event in Southeast Asia. She played 24 amateur and professional events last year alone — “a quite full schedule,” Golf Channel commentators noted. When she was 13 years old, she shot a course-record 62 (10-under par) at the Cottonwoods golf course. Nothing in her reaction that day seemed out of the ordinary. She wins often that every time somebody sees me, their first reaction is: “Hey, congrats to your sister!”

I wish those people would understand that the win is not on her list of accomplishments, but who she had become.

On January 16, 1997, Princess was born a preemie, only seven months out. The doctor asked my father to be ready to lose either his wife or child. The baby came out weighing only one-pound and as fragile as a Sardinian blood veal. To recover, the doctors incubated her for a month. My parents deservedly named her as “Princess,” as she is our family’s royal, precious gift. Her second name, “Mary” is from Mother Mary, my mom’s favorite saint.


Growing up, Princess did not play, cry, or eat much. When other kids scraped their knees from playing, she observed on the sides, probably thinking how stupid they were. It shocked me one day when my sister pounced on an abusive comment. Many times, she’d been left alone; she had witnessed abuse and bullying, even had her head stitched up. She’s not at all innocent as she looks. When challenged, she has two reactions: either fight or laugh.

Her remarks are unique, sharp. Just yesterday, she was stranded for three hours on an airplane in New York. “I want to be the one to fix this plane!,” she texted me. That’s her distinct, Superal-way of dealing with adversity: light-hearted and mature. How did she learn all that?

Arnold Palmer describes golf as, “satisfaction to the soul and frustration to the intellect.” So perhaps from hundreds of rounds Princess plays, golf is actually toughening her up. Or maybe from travel or dealing with folks she meets along the way.

Nowadays I only see my sister for one week every year. When I do, I have no other intention (not even talk about golf!) other than to cuddle her. Her small face is like a doll’s, as my mother describes. Her hair and skin always needs pampering, for which I take pride in doing. In short, when I’m with her, I just want to take care of her.

I see Princess not just as 42nd in the Women’s World Amateur rankings, but as a perpetual transformation from being mongol to beautiful girl to a normal teen, balancing friends and family and an extraordinary talent torn between college or professional golf. A chaotic stage to be in, yet she retains her charity, class and comedy. If this is not someone who has-it-all, she’s sure damn close. 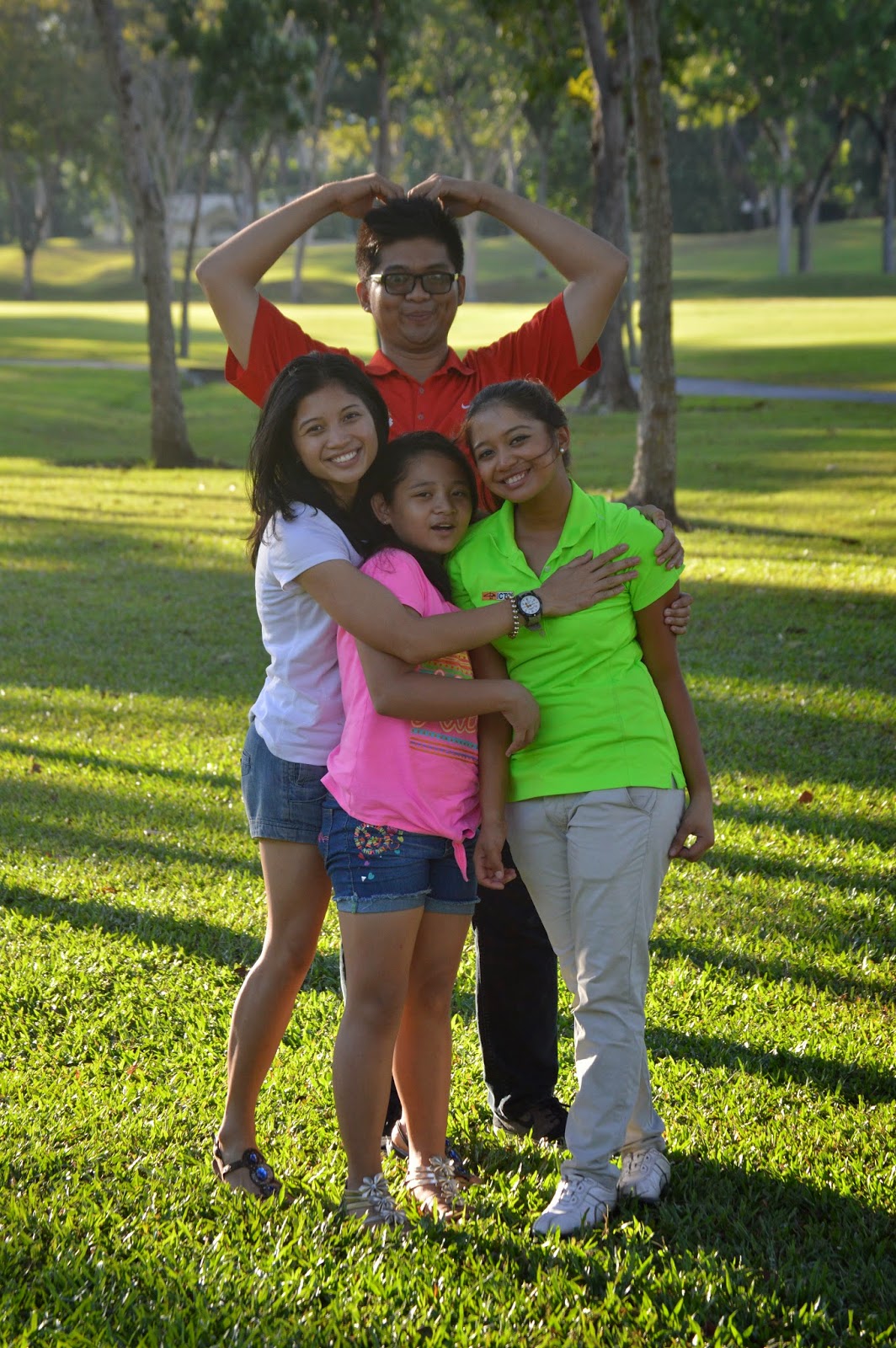